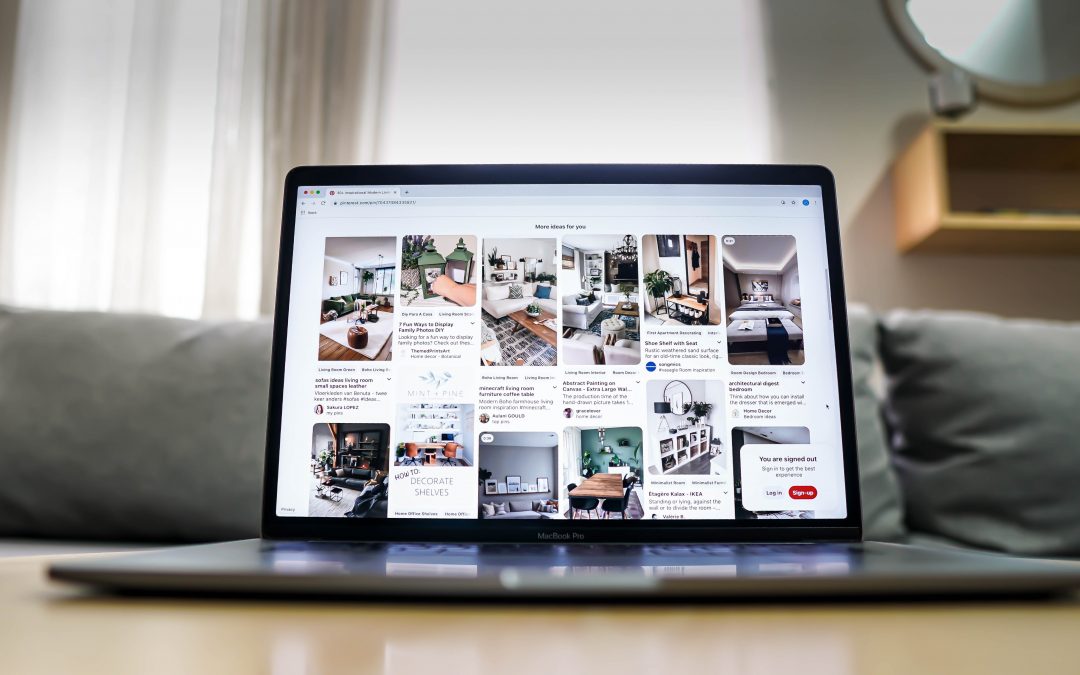 Pinterest is a hybrid vision board and wish list. Links, images, and videos are added to a pinboard by saving the items to a board. Users can add things to their own boards, reshare things that have been pinned on others’ boards, and make their boards public. While traditional Pins are images, Pinterest also allows video sharing using Idea Pins. Unlike other social media platforms, Pinterest’s core use is not social interaction, but visual idea-sharing.

Often called a social platform, Pinterest is rather a visual search engine.

Pinterest users navigate to the content they like in three ways: through Pinterest’s visual search, the Following feed on their home page, and on the Today tab. Visual search, or Lens, allows users to search Pinterest for products and content using part of an image. Pinterest’s homepage feed behaves similarly to the feeds on Instagram, where users are shown content that is similar to things they have liked in the past, or that the algorithm suggests they might like. The Today tab showcases trending content.

As of 2021, Pinterest has 431 million active users. Users have pinned 240 billion pins on over 5 billion pinboards. Each month, 2 billion searches are performed on Pinterest. Most Pinterest users- 68%– use the platform at least weekly. Among global social media platforms, Pinterest is ranked 15th in monthly active users. That puts them ahead of Twitter, Reddit, and Quora.

Pinterest’s user base is predominantly made up of women, although more men have been joining the platform lately. The age distribution of Pinterest users is a little different than other social media networks; Pinterest is proportionally more popular with older internet users. In fact, the largest single age group on Pinterest is between the ages of 50 and 64. However, in 2020, the fastest-growing age group among Pinterest users was people between 18 and 24 years, and users between 18 and 49 years of age make up over 60% of the user base. Pinterest is especially popular with moms; over 80% of U.S. mothers use the platform.

Pinterest is a great way to reach potential customers; 85% of active Pinterest users have discovered brands or products on the platform. Pinterest features, like visual search, allow users to find products in images that they like, and navigate to where they can buy them. As a result, more than 25% of the time spent on Pinterest is spent shopping.

Like other social media platforms, Pinterest provides paid ads that show up as Promoted Pins. These ads are supported by Pinterest Analytics. This is a service designed to help advertisers target their advertising by providing information on who interacts with their pins, how they interact with them, and what their desired audience likes to see.

Pinterest also allows users to shop directly on the platform, through a feature called Product Pins. These pins are shoppable catalogs that suggest items based on the user’s tastes. Users can then buy the products through Pinterest rather than navigate to an outside site.

While Pinterest differs significantly from other social media platforms, it is still a powerful tool for advertisers. Pinterest reaches demographics that can be hard to reach on other platforms. Its inbuilt features help turn social media users into customers, so it remains popular with marketers.